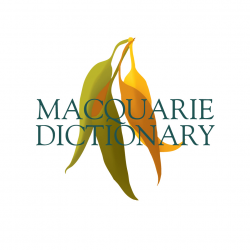 Macquarie Dictionary Publishers is proud to have provided the reference dictionary for the Premier’s Spelling Bee from its inception.

As the national dictionary of Australian English, the Macquarie Dictionary continues to document the words, spellings, pronunciations, meanings and usages that are intrinsic to our national variety of English. Its spellings are accepted as authoritative in Australian schools by the Education Ministers of each State.

Since the Macquarie Dictionary was first published in 1981, its reputation as Australia’s national dictionary has gone from strength to strength. It is now nationally and internationally regarded as the standard reference on Australian English. The Macquarie is now in its Sixth Edition and is available in a range of print and digital formats.

Each of our radio stations has its own team of broadcasters and producers, providing Australians everywhere with all they need to know about what is happening in their community and the world at large.